In most Korean drama series I’ve seen like Clean with Passion for Now, there are actually controversial issues written subtly mixed in such a way only critical people notice them.

When I got myself caught into this new Kdrama series, I thought of sharing my views by writing a “Clean with Passion for Now” review.

I admit I spent almost my whole night watching this Korean drama not only because it strikes some curiosity in my part, but also it gives me a new insight into my writing.

What is Clean with Passion for Now?

The story involves the grandson of AG Group chairman, Jang Seon-Kyul, suffering from mysophobia, fear of germs, due to the childhood trauma he experienced under the care of his grandfather.

His mother’s absence during his childhood and not knowing his biological father added to it.

Believing his mom would return if he’s absolutely clean, he practiced odd rituals such as washing his body for hours, washing his hands and face until he bleeds, etc.

Showing irony between characters is best to highlight their personalities rather than telling readers about them. Click To Tweet

His grandfather sent him to the US for recovery, but his uncooperative behavior caused the failure of the therapy.

He returned to Korea with high hopes to turn his negative OCD lifestyle into positive by building his cleaning company named Clean With Passion For Now.

This is where he met his future-girlfriend, Gil Oh-Sol, who apparently lives an untidy lifestyle opposite of his. Totally opposite.

If he’s obsessed with cleanliness, she doesn’t care about taking a bath every single day to the point she doesn’t change clothes for days.

Insights About The New Korean Drama

In my previous posts, I wrote about challenging the cliche. Clean With Passion For Now did exactly that.

The 16-episode drama may have used the cliche in the characters, a grandson of a conglomerate and poor female lead with problems in cleanliness, but they created a different twist by involving them into the cleaning industry, the most prejudiced section in the society.

We all know people feel discriminated or judged whenever they tell others about their work as sanitary workers.

Compared to working in a “clean and normal” job like those in an office, working under such conditions caused people to look down on these laborers.

As Gil Oh-Sol’s father said in one of the episodes, “I don’t want you to live the way I did.” He’s working as a district cleaner for 25 years.

He knew the kind of job his daughter might face when she joins the workforce.

But the Seon-Kyul’s passion for cleaning made Mr. Gil change his perspective in his job. Not only him but everyone working in his company.

What could we learn from the story?

As you see, who would ever think a chaebol (a Korean term referring to an heir from a conglomerate) works in this “dirty” industry?

In most Korean drama series, We see CEOs working in clean offices, merging companies and all that stuff most of the time. But not working as a CEO in the cleaning industry, right?

Further, who would think Oh-Sol change her untidy lifestyle by recovering from her high-functioning depression caused by the death of her mom six years ago by means of exposing her to the triggering situation?

The cleaning industry and Seon-Kyul’s passion for cleanliness and mission to create a positive impact to others changed everyone.

Expose your characters in situations triggering their suppressed emotions & let it drive the story. Click To Tweet

He might be suffering from his condition but that didn’t stop him to help someone. He didn’t notice he’s helped a lot of people and earned a lot of money from it.

All he cares are the smiles from his clients after seeing their places cleaned perfectly.

Instead of playing a victim in such a serious mental illness, his strong will made him transform that negative experience into something that creates a positive impact on society.

Can we do exactly that?

If we’re suffering from writer’s block for days, weeks, months, or years, can you manage to expose yourself to the triggering situation?

Can you sit down in front of your PC or your laptop and start writing a word or two?

It’s not easy. I know how that feels. And I am aware of the reason behind it, too.

We all love that.

Seeing how Seon-Kyul recover from his OCD gave me a sudden thought about doing something on my mental illness as well.

I am aware of my perfectionist tendencies to the point it took a toll on my health now.

Can I manage to hit publish button after writing this post?

Can I do anything I want to do without obsessing myself in perfecting my own physical appearance?

What can you learn from Clean with Passion For Now in writing?

Seon-Kyul and Oh-Sol might have took your attention by making you laugh and fall in love with their cute moments, however, there are many lessons to learn in every episode. Most importantly, the techniques used in delivering the story so well.

There’s no other better way in writing better and unique stories by challenging the cliche, especially in romantic-comedy genre.

You can make use of the common CEO genre or rich boy-poor girl sort of thing.

But you must understand you’re writing a story not only to send a message but to entertain your readers in the world you created for them.

If you want them to get hooked with your story as soon as they read the first few pages, you need to give them fresh stories. And challenging the cliche is the best option you can get.

2. Expose your characters in the problem.

You don’t want to bore your readers, right?

Definitely, you’re not writing a story to keep your characters within their comfort zones.

You have to place them in a series of difficult circumstances wherein their beliefs are deeply challenged. You may have noticed how the writer used the irony between the two main lead characters.

A man with OCD and a woman with high-functioning depression leading to an untidy life.

Seon-Kyul is a person who obsessed himself to cleanliness because he’s unconsciously shooing people away or running away from the harsh truths of reality.

Show irony to hide messages to your readers about how your characters really feel deep inside them. Click To Tweet

However, Oh-Sol hoards. If you take a look at how she keeps her medals and all her memories with her mom clearly show how she holds onto the pain and the grudge against the AG Group, who’s responsible for her death.

4. Use of a triggering object or situation.

The writer consciously used the cleaning industry to clean up their mess. This is the internal conflict, the antagonist in the story.

An antagonist doesn’t have to be a person.For example, grudge or painful past or mental illness. These aren’t persons.

This Kdrama touches those aspects and used the cleaning industry to clean their minds, freeing them from it.

Not only the physical trash but the emotional pieces of baggage they both hold on for a very long time, causing them to destroy themselves and preventing them to live a happy and content life.

5. Allowing characters to face their fears.

In relation to the previous point, you, as a writer can make use of triggering event or object to wake up the suppressed emotions in your characters. But this doesn’t have to show up at the beginning of your work.

Let your readers identify the reason why you have to let them meet in this place or by an event they thought a mere coincidence. You’re aware why, not your readers.

Nonetheless, Clean with Passion for Now is a great Korean drama series I watched this year and I am very happy to have watched it.

I definitely enjoyed the comical scenes by supporting characters, especially the bromance going on between Dong-Hyun and Yeong-Sik. Both are Seon-Kyul’s employees.

Dong-Hyun seems a cold-hearted man but is actually warm- and a soft-hearted guy with a difficult past. His guilt made him decide to take responsibility for the grandmother of the person he assaulted.

Yeong-Sik, on the other hand, is Oh-Sol’s brother’s senior in taekwondo. But he quitted after making troubles as an athlete.

Lastly, their third group member, Jae-Min is an aspiring actor with a lot of failed auditions under his belt. He may have felt ashamed of his work in the cleaning industry as he desires to become a popular actor.

Fortunately, he didn’t because of Seon-Kyul. If a chaebol doesn’t feel ashamed in his work, how could he, an ordinary person, do?

In general, I enjoyed Clean with Passion for Now and it’s definitely worth your time. You will learn a lot of lessons, especially if you’re a writer and someone with OCD problems like me. 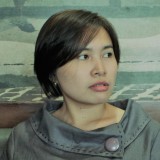 She dedicates herself to teach how to become an irresistible writer. Begin your writing journey through joining her inner circle. Get your FREE 2 PDF guides here and get started. It's time to work our butt off, folks!

M Gaspary is a participant in the ShareASale, and Wealthy Affiliate, and  affiliate advertising programs designed to provide a means for me to make money by linking to the affiliated sites with a condition that I only recommend products and/or services will be helpful to my readers around the world. No BS.

Learn the exact step-by-step process I did to start earning $500 as a writer without leaving my home.

Sign up today to receive not only 1 but 2 FREE PDF guides in your inbox. Get them today.

Kindly check your inbox if you receive my email on the Primary Tab. Otherwise, search either on your Spam Emails or Social Tab.

If ever you found them there, kindly drag the mail as Primary to make sure you will receive the guides without problems.

Got questions? Send a message.

She dedicates herself to teach how to become an irresistible writer. Begin your writing journey through joining her inner circle. Get your FREE 2 PDF guides here and get started. It's time to work our butt off, folks! 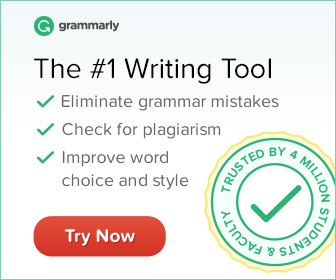 HELP ME SPREAD THE WORD

If you are ready to commit to writing your story this year, click here to know how. 🙂

GET YOUR FREE eBOOK & START Writing!

Save 1,000+ hours of clueless writing & start planning your way to serious writing career.

Once you sign up, you will receive the FREE stuff and become one of my writing buddies & the first one to read my latest updates.